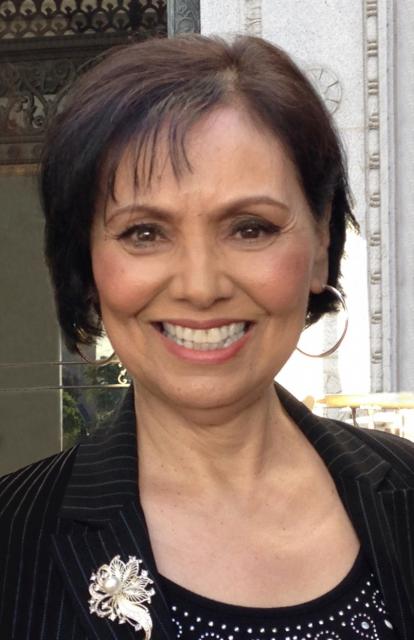 Irma has devoted her life to using “The Universal Language Of The Arts” to empower and unite our youth and society by instilling a sense of cultural pride and self esteem while celebrating our cultural diversity and common human bond. To accomplish this, Irma has taken on various roles throughout her career as a Community Advocate and Spokesperson, Cultural Arts Educator and Archivist, Visual and Performance Artist, Producer and Director, Media and Marketing Consultant, Fine Arts Curator and Distributor, and Artist Representative in the areas of Bilingual and Multicultural Education, Chicano/Mexican American Historical Preservation, Community Revitalization, Hispanic Marketing and Communications, Government and Community Relations, Aging and Health Education, Human Rights, and other critical issues that impact our nations diverse multi-ethnic and multigenerational families and low income communities.

Irma’s story is partially included in a 27-hour oral history interview as partner and archivist for the internationally renowned artist “Don Juan” Johnny D. González as part of the Getty Foundation “Latino Art Survey” conducted by the UCLA Chicano Studies Research Center; which has been used as a primary source for the Getty Foundation initiative “Pacific Standard Time” exhibitions at the UCLA Fowler Museum and Los Angeles County Museum of Art.

In 1970, Irma received a five-year scholarship from CSULA “Project Maestro” Bilingual/Bicultural Chicano Teacher Training Program, studied at Otis Art Institute, and, in 1975, received a California Life Teaching Credential in Adult Education. She taught at Loyola Marymount University, East Los Angeles College and at numerous elementary, middle and high schools throughout LAUSD. In addition, Irma volunteered thousands of hours advocating for various human rights causes including as co-chair/spokesperson for the Committee for Justice for Gordon Castillo Hall and Support Committee for Juvenile Rights for which she raised approximately $50,000 from The Presbyterian Church, UPCUSA Emergency Fund for Legal Aid for Racial & Intercultural Justice, SECO/Synod Social & Ecumenical Concerns Committee, and Church & Society Committee of the San Gabriel Presbytery.

Irma received numerous national, state and local awards and commendations including the 2012 Pioneer Women of the Year for then-Council President and current Mayor Eric Garcetti and the City of Los Angeles Commission on the Status of Women as well as the “Excellence In Teaching Award” from the California Council for Adult Education.