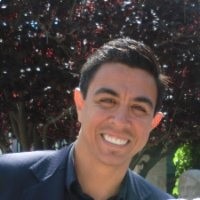 Ozzie Lopez was born in Puebla, Mexico on April 16, 1974. His parents immigrated to the United States in March of 1979 when he was only 4 years old. Their journey was inspired by a dream of providing a better quality of life for their young son. East Los Angeles soon became their home and Ozzie attended the local Los Angeles Unified School District schools, graduating from James A. Garfield High School in 1992. Having witnessed the civil unrest caused by the Los Angeles Riots earlier that year, Ozzie’s yearning for community leadership and activism quickly progressed.

His concern with community empowerment was further rewarded when he began his 22 year career with the City of Los Angeles, Community Development Department the day after his high school graduation. Being the first member of his family to attend College, Ozzie soon  enrolled at East Los Angeles Community College where his dream of earning a college degree commenced. His Associate of Arts Degree was followed by his Bachelor of Arts in Political Science from California State University of Los Angeles. Ozzie also earned a Master of Public Administration from National University.

Ozzie left the City of Los Angeles in 2014 and is now the Director of Workforce Development with AltaMed Health Services Corp. Ozzie oversees and manages a diverse team and program units within the department that focus on providing education, training and employment opportunities to both new and current employees.

Ozzie believes strongly in civic participation, in 2002 Ozzie founded a volunteer organization focused on empowering communities. The mission was to work with parents and young adults on a variety of community services projects while at the same time assisting in  the development of organizational leadership techniques. He continuously volunteers his time to efforts that focus not only on the improvement of quality of life in communities in an around Los Angeles County but most importantly in empowering those around him. Ozzie is also currently Adjunct Faculty with East Los Angeles College teaching Political Science, he is  a current City of Los Angeles Commissioner with the Affordable Housing Commission a Board of Governors Board Member with the L.A Care and a Board Member with the Hollenbeck Pal Police Activity League.