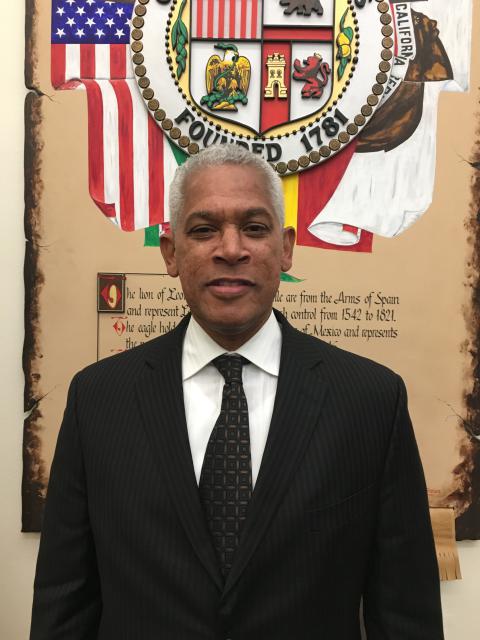 Anthony B. Mack, Sr., currently works for a financial services company in Los Angeles, California. A continuous learner, Anthony is attending the University of West Los Angeles, School of Business, and will earn his Master of Science degree in Organizational Leadership and Business Innovation in 2019. As a franchisee, Anthony was the President and Chief Executive Officer of Dengard, LLC, which owned and operated a top performing Denny’s restaurant in Gardena, California for over 15 years. In addition, Anthony was a franchise owner to a Del Taco location in Inglewood, California. It was here he oversaw the management team’s day to day operations.

Anthony’s operational successes attribute to his business acumen and natural talent for motivating and inspiring others to reach their highest potential.  His Denny’s restaurant staff was highly skilled and fiercely loyal.  Anthony believes in empowering employees, setting high but reasonable standards, and imparting the understanding that the customer fuels the sustainability of the business enterprise and the future of the enterprise’s success.

Anthony graduated with a Bachelor of Science degree in Accounting from Morehouse College in Atlanta, Georgia.  Following graduation, he worked in accounting and marketing with multi-national corporations before deciding to pursue owning his own restaurants.  Prior to joining Denny’s Inc., Anthony completed several restaurant and business management courses through the University of Southern California Business Expansion Network.  In 1994, he was selected as one of fourteen candidates in the United States to take part in an innovative Fast Track Franchise Program sponsored by Denny’s Inc.  After working for three years with Denny’s in the Fast Track Franchise Program, Anthony became a franchise owner in July 1998.

In October 2000, Anthony was the first recipient to receive the Ron Brown Economic Development Award as Emerging Businessman of the Year.  This honor was presented by the Los Angeles Urban League.  The effect of this award resulted in development opportunities like his Del Taco venture. Anthony was also awarded the Outstanding Partnership in Economic Business and Development by Southern California Edison in February 2006.

Anthony’s leadership experience and accomplishments stem from over fifteen years as President and CEO of his own businesses.  With his business savvy intelligence, his background in marketing and accounting elevated his visibility in national magazines and in the Los Angeles Times as an emerging business man.

Anthony is a strong advocate of social justice, economic empowerment, and education for African Americans and other minorities from underrepresented communities. He is a member of Omega Psi Phi Fraternity Inc., he served as Trustee at the UWLA College of Law, and he fellowships at Holman United Methodist Church.