A recent LA City Controller audit uses data refuted by the Housing and Community Investment Department (HCIDLA). We laud the continued effort to watch how City departments spend money on programs, including Proposition HHH (HHH) funding. But painting a more accurate picture of HHH activities is in the best interest of the taxpayers and public at large.

While there are many more points to be corrected, the following are the more critical items to shed additional light on.

The audit’s Executive Summary infers that HHH-funded supportive housing production will fall short of the 10,000 unit goal. This is not correct. The audit neglects to include the nearly 1,000 units to be funded via the Housing Innovation Challenge portion of the HHH Program, nor the fact that there will inevitably be funding repayments that will allow the City to fund even more projects within the remaining seven (7) years of the HHH Program. Leading up to the November 2016 ballot measure, the City’s stated goal was to build up to 10,000 supportive housing units using Proposition HHH funds, along with other resources and funding programs, within ten (10) years.

HCIDLA fully expects to exceed the 10,000 unit goal. As of the date of the audit, the correct numbers are: 5,879 (existing pipeline) + 975 (Innovation Challenge) = 6,848 Supportive Housing Units, for an overall total of: 8,495 of Proposition HHH Units including “supportive and non-supportive” units. Regardless of which methodology is used to calculate progress toward the original goal, the City will continue to finance supportive housing over the next seven (7) years to achieve the 10,000 unit goal using recaptured (e.g. early loan repayment) HHH resources and other sources of funds during the remainder of the Proposition HHH ten (10) year timeline.

To be clear, the City does not control the cost to develop supportive housing projects, however to maximize investment of taxpayer dollars, the City limits the amount of money it will commit. The average City loan amount to developers for HHH projects is $150,000 per apartment unit. The remainder of the development financing must be secured from other sources by the developer. There are large numbers floating around on the cost of HHH projects. The Controller continues to anchor the base of the audit to a one (1) project with a $700,000 per unit cost in Koreatown, one of the priciest real estate markets adjacent to Downtown Los Angeles, but this example is the exception, not the norm, with HHH-funded supportive housing. And while there may be a few projects with higher per unit costs, the majority of projects are hundreds of thousands of dollars lower. Again, the City’s average HHH-funded loan to developers is $150,000 per unit of supportive housing.

Yet to be completed projects

While the first of the HHH projects will be opening doors to new residents in the coming weeks, the current pipeline of projects in the queue cannot be ignored. The City TRIPLED its production pipeline in two short years. Affordable housing development is more complex than private market development. The major differences lie in the hurdles of arranging for multiple financing sources, and checks and balances to prevent fraud or misuse of public funds, in addition to normal development approvals. Market rate development as well as supportive housing development takes time (see HCIDLA Supply and Demand Model); the average projects once it begins construction takes about 18 months. The City, City leadership and the various departments have been hard at work on putting over 100 housing development projects in the Prop HHH pipeline all which are at different stages of the development process, and it’s all on public display to monitor progress. 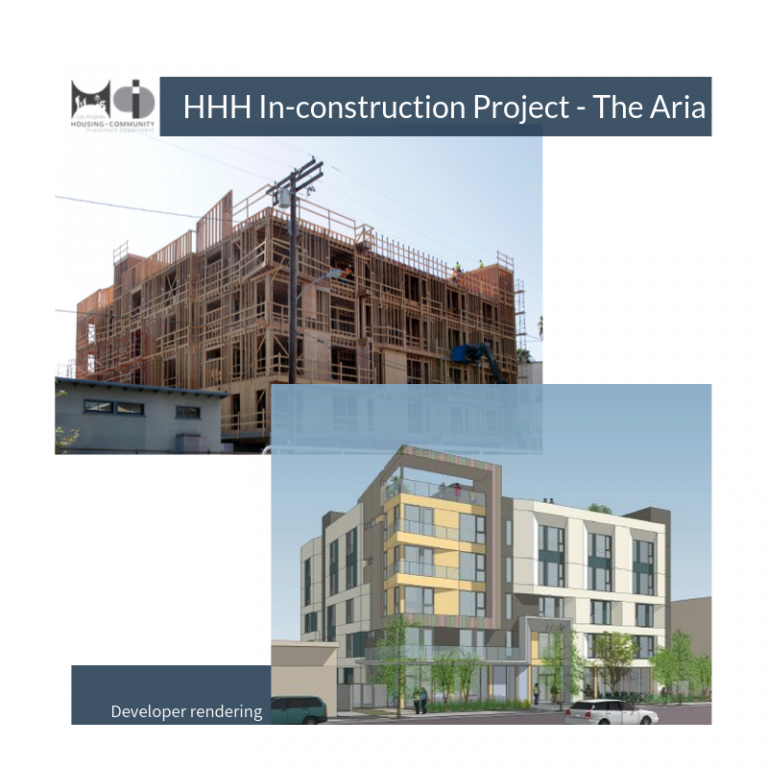 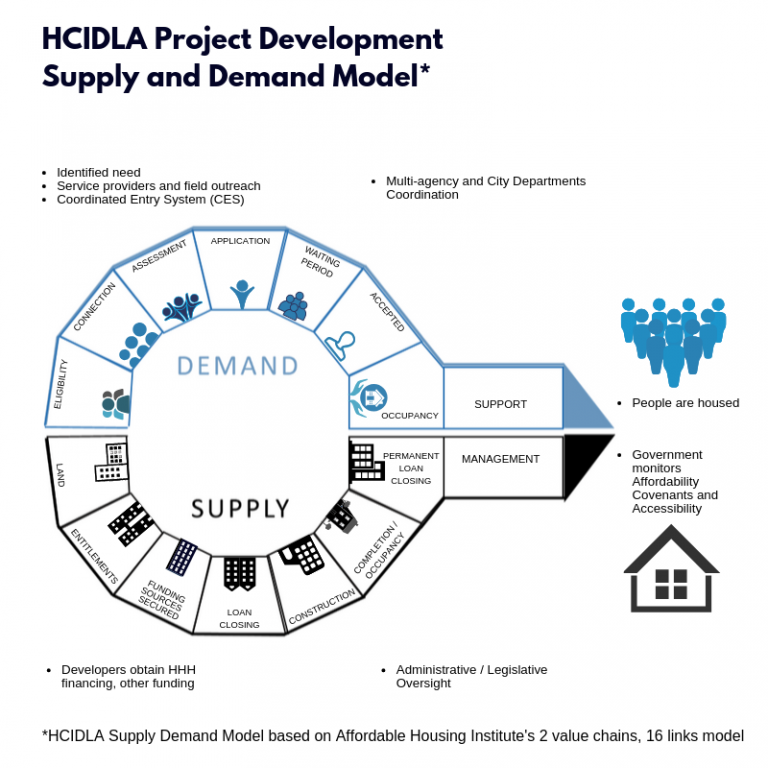 Recommendation #1 of the audit

Rather than unilaterally reducing our commitments to projects relying on our funding when leveraging it with other funders and investors, HCIDLA has modified the HHH Guidelines to provide scoring bonuses for developers who voluntarily reduce their HHH funding need (by either lowering costs or securing additional funding from other sources). Six projects reduced their loan amounts during the last HHH funding round, allowing HCIDLA to recapture nearly $20MM that was used to support additional new projects. This option will continue to be available to developers, increasing the potential for the City to further leverage the HHH funding and support additional projects in the remaining seven years.

Implementing a recommendation to restart the clock on existing commitments would be a poor business practice by further delaying the predevelopment process and the start of construction for the affected projects, creating new funding gaps for those projects, and reducing the time value of money in an inflationary construction cost environment. Also, this recommendation’s call to unilaterally retract the City’s conditional letters of commitment would have a chilling effect on the development industry. Reneging on our promise to fund these projects would severely reduce the value of the City’s commitment and damage the reputation of all involved, and put the City at risk of litigation, further delaying delivery of new supportive housing units and adding to their costs.

The audit states there was negative arbitrage, a defined term in Section 103 of the Internal Revenue Code that is actually not applicable here. In reality, approximately $5.8MM was earned on interest on the balance of the bond proceeds as legally permissible for a governmental entity in circumstances like this for a net gain of about $600,000. These funds were used to fill gaps of existing facilities projects (e.g. for shelters, storage). See City Council File #17-0090-S6 for more information.

It’s worth recognizing the effort the City’s chief accounting officer placed on the audit, but the audit falls short on objectivity, especially when data refutes some of the audit’s claims.

Nonetheless, HCIDLA is committed to continued safeguarding and diligently moving proposals forward that are aligned with the HHH mandate. Furthermore, the City is not only on track to meet its goals to address homelessness, the City is also leading the nation in building more permanent supportive housing with long lasting effects on the City’s housing stock.